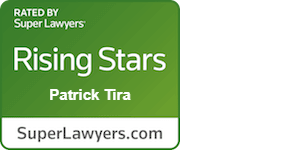 The U.S. Court of Appeals for the Ninth Circuit recently held that the federal removal statute authorizes only a “defendant or the defendants” to remove an action to federal court.  The Ninth Circuit reversed a District Court’s order denying a borrower’s motion to remand, after an unnamed Trustee removed the action to federal court on behalf of a defendant Trust.  In so ruling, the Ninth Circuit held that because an unnamed party removed the case, the District Court should have remanded it instead of retaining jurisdiction.

Generally, defendants may remove certain lawsuits (such as those involving federal statutes) from state courts to federal district courts within 30 days.  Plaintiffs can then ask the federal District Court to remand the case back to state court, if they believe the removal was improper or unlawful.

In Sharma, the borrowers filed a lawsuit for wrongful foreclosure against a Trust, even though “a trust itself cannot sue or be sued.”  Portico Management Group, LLC v. Harrison, 202 Cal. App. 4th 464, 472 (2011).  Instead, as a general rule, the trustee is the real party in interest with standing to sue and defend on the trust’s behalf.

The District Court denied the borrowers’ motion to remand and found that Trustee had standing as the “real party in interest.”  In reaching its decision, the District Court relied on the Second Circuit’s decision in La Russo v. St. George’s University School of Medicine, 747 F.3d 90 (2d Cir. 2014).

As you may recall, in La Russo, the Second Circuit held that an unnamed “real party in interest” can remove a lawsuit to federal court where a party incorrectly or improperly names the wrong defendant in its pleadings.  La Russo also held that such non-defendant real parties in interest must file their notice of removal within 30 days of being put “on notice that the wrong company defendant has been named.”

The borrowers then appealed the District Court’s decision.

On appeal, the Ninth Circuit first observed that the text of the federal removal statute specifically limits the ability to remove to the “defendant or the defendants,” and contains no language allowing mistakenly omitted parties, wrongly excluded parties, or any other type of non-defendant to remove an action to federal court.  In particular, 28 U.S.C. § 1441(a) provides that “any civil action brought in a State Court of which the district courts of the United States have original jurisdiction, may be removed by the defendant or the defendants” to the appropriate federal district court.

Next, the Ninth Circuit determined that the La Russo rule creates procedural ambiguity, even though it efficiently allows the proper defendant to file a notice of removal without first formally intervening in the case in state court.  Specifically, the La Russo rule forces an unnamed party to make a subjective determination as to when it is sufficiently “on notice” that “the wrong company defendant has been named.”  And, then the unnamed party then risks losing the ability to remove the action, if it fails to remove within thirty days of that date.

Accordingly, the Ninth Circuit found that the District Court erred when it denied remand, since the federal removal statute does not allow an unnamed party to remove an action to federal court.

This article is intended to be for informational purposes only and is not intended to be treated as legal advice.  You should not rely on or act on any information from this Website without consulting with a competent attorney licensed to practice law in your jurisdiction. Neither this Website nor use of the information from the Website creates an attorney-client relationship. This Website may contain links to other internet sites. These links are provided to assist you in searching for other resources or information that may be of interest to you and are not endorsements of any products or services. The owner of this site assumes no liability or responsibility for any errors or omissions in the content contained on this site.